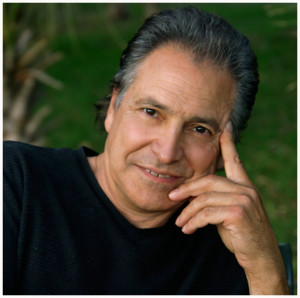 Amaster musician with extraordinary talent, Mercury has been playing professionally since age 14. Beginning with soprano saxophone at age 5, he eventually added alto and tenor saxophones, clarinet, and flute. A superb vocalist, he also excels on piano, percussion, and electric bass guitar. He is a multi-talented artist with expertise in writing, arranging and producing original musical works.

As a touring musician, he played on the Richard Nader Rock and Roll Revival Tour for rock and roll stars Little Richard, Chuck Berry, The Shirelles, Chubby Checker, The Coasters, and Bo Diddley. In New York, he served as Assistant Conductor for the Off-Broadway show Trials of Oz, and worked with such notables as John Belushi, Chevy Chase and Alice Playten on the comedy record Pizza Man. On the west coast, Mercury enjoyed the company of some of the comedy greats as house pianist for the original Comedy Store on Sunset in Hollywood. He has credits as musical arranger for Academy Award winning actor Jack Albertson and comedians David Brenner and Jimmy Walker, and he also worked as a musician with Sonny and Cher and the Fabulous Fabian.

Mercury composes, arranges, engineers, sings, and plays all instruments on his recordings. His musical experience includes classical, jazz, Latin, rock, pop, and musical theater. He has released over 25 music CDs for yoga practice, both instrumental and mantra.

Mercury’s music has been enriched by his meditation practice of over forty years. He has offered his musical talents to TriYoga®, founded by Yogini Kaliji, for more than three decades. He and Kaliji co-founded Chant Club®, an ensemble presenting Sanskrita chants in call-and-response style.